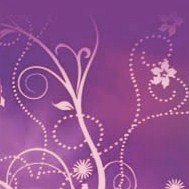 The Epilepsy Support Group » Research News » Epilepsy Research » Is it possible to detect who will be resistant to antiepileptic drugs?

Is it possible to detect who will be resistant to antiepileptic drugs?

Admin
Posts : 234
Join date : 2009-09-27
Age : 40
Location : Essex, UK
For approximately two thirds of people with epilepsy, their seizures can be controlled by anti-epileptic drugs (AEDs). For the remaining third, AEDs are ineffective and alternative treatments much be sought.

The reasons why AED resistance occurs are far from understood, but there are a number of factors that may contribute, such as the metabolism of the drug, how well it is transported to the epileptic focus and how sensitive to it the epileptic focus is. Drug response also depends on numerous characteristics about the patient, the epilepsy, and the AEDs used.

In genetics, the same gene can often exist in several different forms, and these are known as polymorphisms. The proteins encoded by these polymorphisms can vary slightly in function.

Researchers at the University of Cantabria, in Spain, recently investigated different polymorphisms for genes associated with drug metabolism (CYP2C9, CYP2C19 and UGT), drug transport (ABCB1) and drug targets (SCN1A), to see if AED resistance can be determined by these genes.

289 Caucasian outpatients were recruited to the study; 80 children and 209 adolescent-adults. 69 of the participants had idiopathic epilepsies (with no known or suspected cause and thought to be due to a low seizure threshold), 97 had cryptogenic epilepsies (with an unknown but suspected physical and not thought to be due to a low seizure threshold) and 123 had symptomatic epilepsies (with a known cause, for example stroke or head injury). The group was then divided into two; those people who were drug-resistant (had had at least four seizures in the previous year after treatment with three or more AEDs) and those who were drug-responsive (had been seizure-free for at least one year).

The team used intricate techniques to identify which polymorphisms of the genes described above that each person carried. They then looked for possible links between these polymorphisms and drug resistance.

The researchers assessed their findings in two stages. They first performed a crude analysis, which didn't take into account factors such as the participant's age or the type of epilepsy they had. They then adjusted their analysis technique to account for these differences.

Despite the fact that the results of this study were not statistically significant, perhaps the trends found with the ABCB1 polymorphisms warrant further investigation. The researchers believe that repeated studies might well confirm an association between ABCB1 polymorphisms and drug-resistance of epilepsy. If this is so, genetic testing could be used to predict those who will be AED resistant in the future, allowing for alternative treatments to be considered more promptly.

The Epilepsy Support Group » Research News » Epilepsy Research » Is it possible to detect who will be resistant to antiepileptic drugs?